We recently sat down with Kevin Fletcher, who after 9 months at The Journey Home, is getting ready to move out into his own place. We talked with Kevin about how he came to us and how his time here helped him feel comfortable enough to finally take control of his life at age 55. “When I was coming off the streets, I was tired of being tired…I was 54 when I first came here…it was time to grow up.” 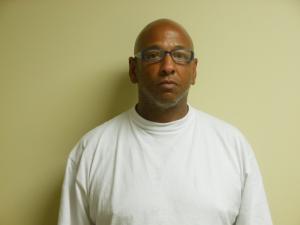 When Kevin first arrived, he was struggling with his diabetes. Coming off of the drugs he was using and starting to eat better made him take stock of how he needed to manage his illness in order to live a healthier life. One step in his journey to take better care of himself involved getting to his many, yet necessary appointments. This is where The Journey Home stepped in. Not only was support and encouragement given to take his diabetes seriously, but rides were provided to and from physical therapy and appointments at the VA hospital. It took seven months for him to gain better control of his diabetes and it is something he will always battle, but now Kevin has the most control over his diabetes than ever before.

Kevin will be the first one to say how grateful he is for the community and all of their help throughout his time at The Journey Home. When he first came to us, he only had one bag of clothes to his name. He had a broken down pair of shoes, a couple pairs of shorts, and a couple shirts. We posted his needs on Facebook, asking for donations and within a few hours, Kevin had received a duffle bag full of clothes and a new pair of tennis shoes. Another time, he requested a winter coat, and a woman stopped by the next day to hand deliver one to him. When asked how that made him feel, Kevin responded with, “Someone bringing something to me in person…I’ve never had that done before”. Now as he prepares to move out into his own place, he has several boxes filled with clothing and items for his new home. “I’ve never seen any community like this one where they help vets with food and clothes…I just see so many donations come through here.”

Kevin perfectly sums up The Journey Home and our community with one simple sentence, “Everybody here is like family”. We strive to be a space where veterans can feel comfortable and receive the aid and support they so rightfully deserve. The support provided is individualized. In Kevin’s case, though we are typically a 3-6 month program, we were able to extend his stay to 9 months because of his circumstances. “It would’ve taken a lot longer if I never came to The Journey Home, but even if I was still on the streets, I wouldn’t have given up.” This statement alone shows how much Kevin has grown throughout his time here. His determination to stay off the streets and focus on improving his physical and mental health has helped Kevin immensely in his journey to a better, happier life. The Journey Home and the VA never gave up on him, but most importantly, Kevin never gave up on himself.

“I appreciate everything The Journey Home has done for me. I thank every one of you.”

Kevin, seeing you happy and healthy is all the thanks we need and we look forward to seeing what you else you will accomplish in the future!