Ron Strong, a 63-year old veteran from Ohio, was homeless and struggling with alcoholism before he found The Journey Home in Winchester Indiana. His struggles with substance abuse began in his teenage years, but were made much worse after enlisting when he was 17-years old.

“When I put that uniform on, I thought I could drink, I was a big boy then,” Ron told the Winchester News-Gazette. 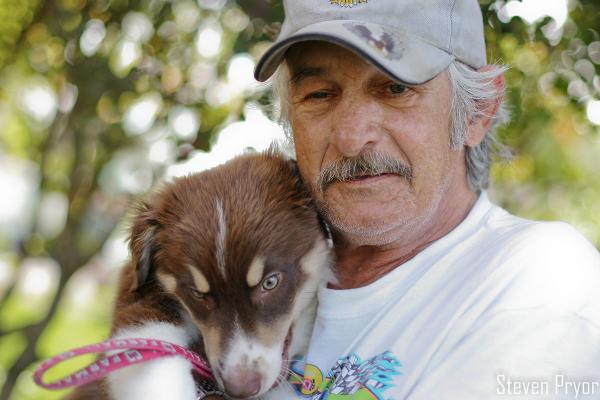 Ron had written acronyms telling his story and journey on pieces of scrap paper and napkins. “When the staff at The Journey Home saw my writing, they loved it and believed in me. They helped me find a graphic designer, who helped them come to life. They showed me how to put my acronyms into a book.”

This clarity has allowed Ron to believe in this creative outlet in writing.

After Ron was hospitalized, he was introduced to us here at The Journey Home and brought into our facility. Through positive support and encouragement, Ron is finally finding the strength to put down the bottle, and has been experiencing extended periods of sobriety for the first time since he was a teenager. Ron proudly states, “I am growing, and I am finding out that I am worth something.”

Here are a few of the many acronyms he has created thus far:

Ron states, “my character defects are plentiful, but I have a loving creator who is going to wipe that slate clean,” so he came up with GRACE, which stands for “God Removes All Character Defects Eventually”.

Another is FORGIVE “Forgoing Ones’ Resentments Gives Into Victories Each New Day,” which he came up with after coming to terms with “deep-seated resentments – and resentments have always kept me drunk, [but] I’ve learned to go beyond my resentments. If I can go beyond them, it enables me to forgive.”

The final one we’ll share today is FAITH, “Finding Answers In Truth and Honesty.” “This acronym gives me substance to my faith. In order for faith to work in my life I have to have honest. I have to believe in what I say and honest in what I believe.”

Ron is the first to admit how many veterans struggle with similar issues. “I’m not a person who is here by myself…We’re people too. We’ve had lives. We’re not just the scum of the earth. I know alcoholics are not looked upon very highly by society. But I think each and every individual created on God’s green earth has something to give. We all have something to give.”

Thank you, Ron. Truer words have never been spoken.